I've been feeling a little out-of-sorts this past week, and decided to try mixing things up a little, in order to "shake it off".

Generally when I tangle, the classic, square, white tile / black pen is my go-to.  I tend to use the black and renaissance tiles, and colored pens less often, and think of them as 'treats'.  Like one might think of, say ice cream - it's oh-so-yummy and fun to have, but not as a steady diet.  (Stick with me a sec, with the ice cream analogy)

If the colored tiles are like ice-cream - then I think of the Zendala tiles like a banana split with whip cream and chocolate sauce and strawberries and . . . well, I think you get the idea (and it's not good to drool on my keyboard!)

So, to get me out of this little funk I was in, I decided a Zendala would be the best medicine.  And if I was gonna 'treat' myself, I might as well make it a black Zendala tile!  Now, I have to confess that I've been a bit intimidated by Zendalas, so I haven't done a whole lot of them.
To go easy on myself, I used one of the pre-strung tiles from z e n t a n g l e ®. 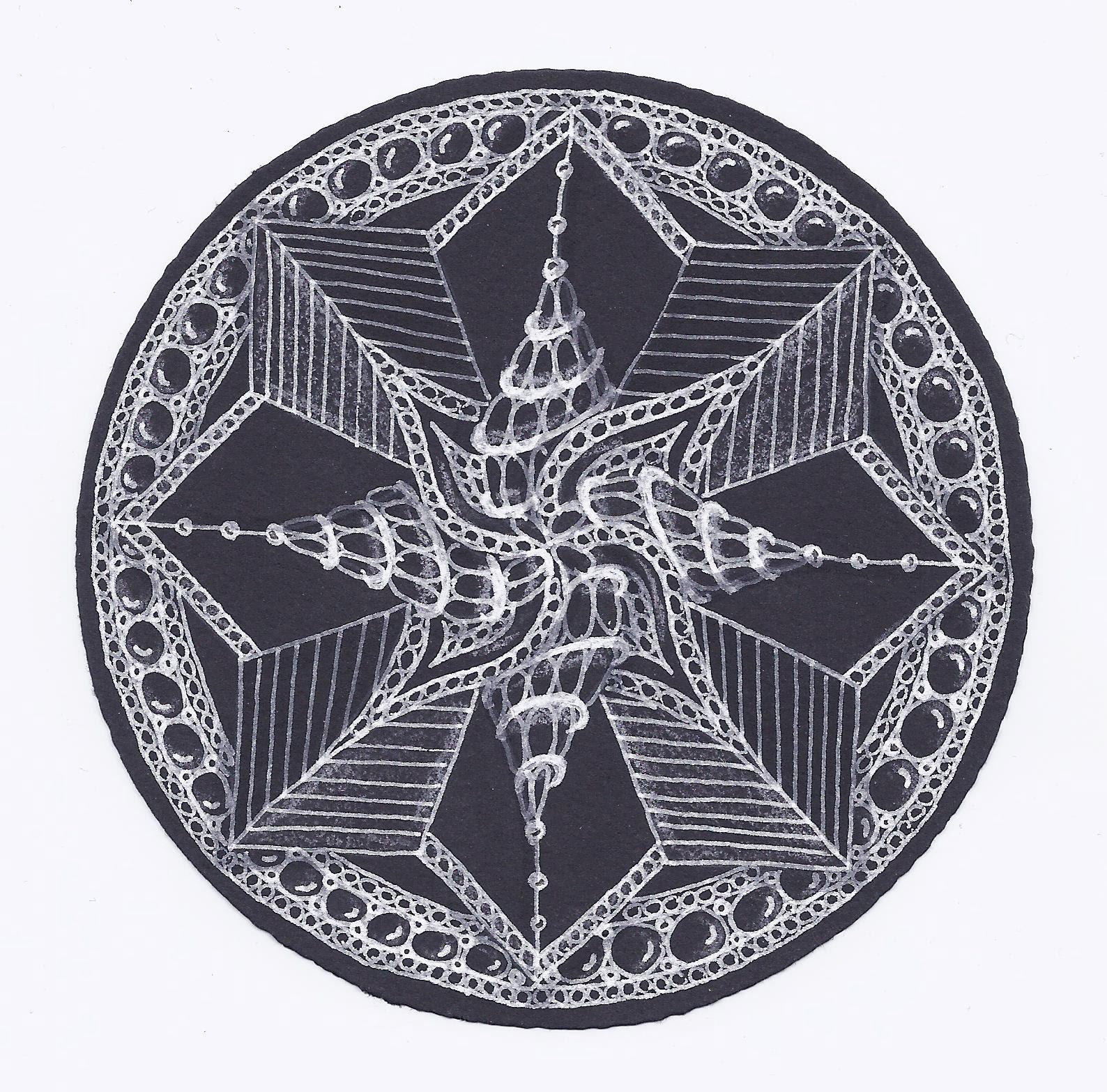 It was exactly what I needed!  I'm feeling a whole lot better, and fairly pleased with how it turned out.  I might just be hooked!  In fact, I stayed up WAY too late last night looking through zendala templates over at The Bright Owl where a talented CZT named Erin Koetz Olson, posts a weekly Zendala Dare.  Check it out - they have WAY less calories than a banana split!